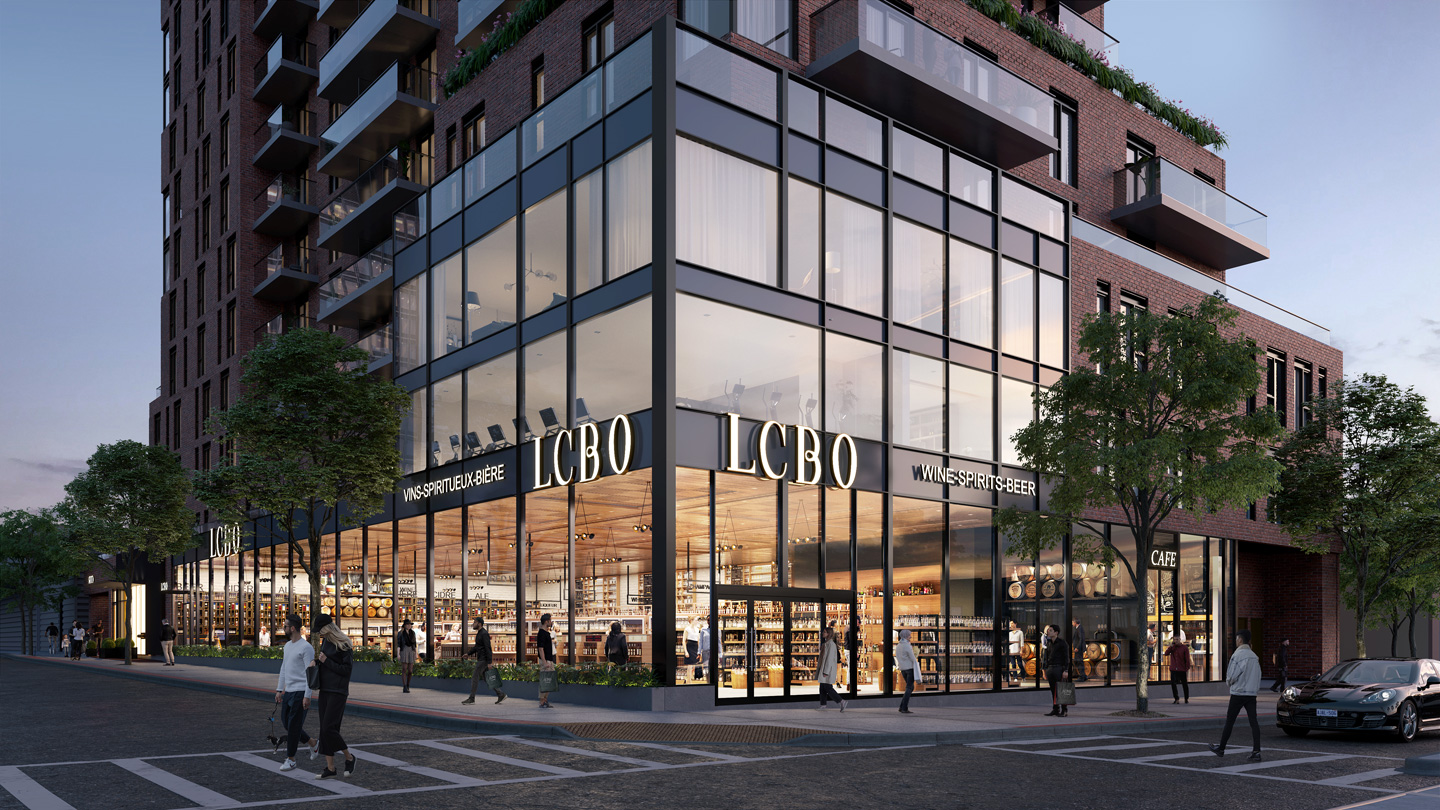 Up and Coming Retail

St.Clair Village unveils new LCBO for Toronto’s budding west end neighbourhood. LCBO is the first retail tenant to be announced for the new community and will occupy over 8,000 sq.ft. at the base of the mid-rise, 12-storey development, located in the project’s most prominent retail space. Located at 900 St.Clair West, the LCBO’s framed glass façade will add a modern edge to the retail experience along St. Clair, while allowing the LCBO to seamlessly integrate into a neighbourhood that is quickly becoming well-known for its restaurants, green spaces and multi-generational population.